When you book with an account, you will be able to track your payment status, track the confirmation and you can also rate the tour after you finished the tour.
Sign Up
440

Why Book With Us?

Do not hesitate to give us a call. We are an expert team and we are happy to talk to you.

Armenia is well-knows holiday destination in the world, reach in heritage sites and Mix with cultures and delouses dishes. Our tour packages for Armenia is for Family Holiday, Honeymoon Holiday, Photography Tour and for group holidays.

Armenia is a country in the South Caucasus region of Eurasia. Located in Western Asia on the Armenian Highlands, it is bordered by Turkey to the west, Georgia to the north, the de facto independent Republic of Artsakh and Azerbaijan to the east, and Iran and Azerbaijan’s exclave of Nakhchivan to the south.

Armenia is a unitary, multi-party, democratic nation-state with an ancient cultural heritage. Urartu was established in 860 BC and by the 6th century BC it was replaced by the Satrapy of Armenia. The Kingdom of Armenia reached its height under Tigranes the Great in the 1st century BC and became the first state in the world to adopt Christianity as its official religion in the late 3rd or early 4th century AD.The official date of state adoption of Christianity is 301.The ancient Armenian kingdom was split between the Byzantine and Sasanian Empires around the early 5th century. Under the Bagratuni dynasty, the Bagratid Kingdom of Armenia was restored in the 9th century. Declining due to the wars against the Byzantines, the kingdom fell in 1045 and Armenia was soon after invaded by the Seljuk Turks. An Armenian principality and later a kingdom Cilician Armenia were located on the coast of the Mediterranean Sea between the 11th and 14th centuries.

Between the 16th and 19th centuries, the traditional Armenian homeland composed of Eastern Armenia and Western Armenia came under the rule of the Ottoman and Iranian empires, repeatedly ruled by either of the two over the centuries. By the 19th century, Eastern Armenia had been conquered by the Russian Empire, while most of the western parts of the traditional Armenian homeland remained under Ottoman rule. During World War I, Armenians living in their ancestral lands in the Ottoman Empire were systematically exterminated in the Armenian Genocide. In 1918, following the Russian Revolution, all non-Russian countries declared their independence after the Russian Empire ceased to exist, leading to the establishment of the First Republic of Armenia. By 1920, the state was incorporated into the Transcaucasian Socialist Federative Soviet Republic, and in 1922 became a founding member of the Soviet Union. In 1936, the Transcaucasian state was dissolved, transforming its constituent states, including the Armenian Soviet Socialist Republic, into full Union republics. The modern Republic of Armenia became independent in 1991 during the dissolution of the Soviet Union.

The Foreign and Commonwealth Office (FCO) advise against all travel to within 5km of the border between Armenia and Azerbaijan in the Tavush and Gegharkunik regions, and along the M16/H26 road between the towns of Ijevan and Noyemberyan.

Although there is no recent history of terrorism in Armenia, attacks can’t be ruled out.

The main alternative route to the M16/H26 between Armenia and Georgia (Yerevan-Vanadzor-Alaverdi-Bagratashen) is closed for maintenance work until further notice. If you’re travelling by road between Yerevan and Tbilisi you should use the M3 route from Yerevan through Tashir on the Georgian border. See Local travel

If you’re abroad and you need emergency help from the UK government, contact the nearest British embassy, consulate or high commission.

Take out comprehensive travel and medical insurance before you travel.

Prices are in US Dollars

Price is per person and depends on the numbers of participants

Day 1 Arrival to Armenia | Transfer to the hotel| Yerevan

* Our tour guide will accompany you to transfer hotel in Yerevan.
* Check in at the hotel and rest time and prepare for welcome dinner in Armenian restaurant.
* Meals: Wellcome dinner
* Overnight stayover night in Yerevan

* Breakfast at Hotel
* Sightseeing in the scenic canyon of the Azat River to Geghard Cave Monastery listed by UNESCO as a World Heritage Site.
* Sightseeing at Garni temple built in 77 AD and dedicated to the Armenian God of the Sun Mitra.
* Over Night stay in Yerevan

* Breakfast at Hotel
Sightseeing at the south of Armenia to Khor Virap Monastery located at the foot of Biblical Mount Ararat.
* If the weather is fine you will be able to admire the amazing view of the mount which opens from the top of the hill
* Sometime later you will enjoy a trip through a narrow canyon to the valley of red rocks where the 13th-century monastery
Noravank is located
* End of the route you will visit the wine factory to taste local wine made of unique grape sort Arena. Return to Yerevan
* Stay overnight in Yerevan

* The tour will start to resort town where you will have chance to go up on ropeway to admire the view of mountains.
* Afterwards we will visit the Kecharis monastery complex, one of the unique architectural complexes in Armenia
* This day you will head to Lake Sevan, the “blue pearl of Armenia” and one of the highest freshwater lakes in the world located
at about 2000 meters above sea level
* During the visit, we will walk to the Sevan peninsula where proudly stands the Monastery of Sevanavank built-in 305 AC
* From there a wonderful view opens on the lake and the surrounding landscapes. Return to Yerevan
* Stay overnight in Yerevan

* Breakfast at the Hotel
* The day will start with exploring the of 2800 years old city
* A lot of fountains, parks, Cascade monument, Monument of Mother Armenia, Opera house, Republic Square, Cafes and
restaurants
* Afterwards we will visit the famous Armenian Cognac (Brandy) factory with tasting of Cognac (Brandy). We will have a farewell
lunch in one of the best restaurants in Yerevan with traditional music show
* Farewell Lunch 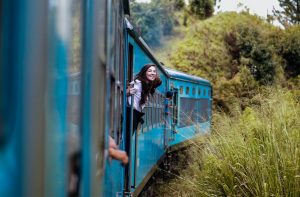