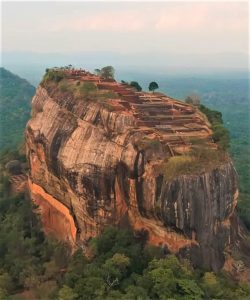 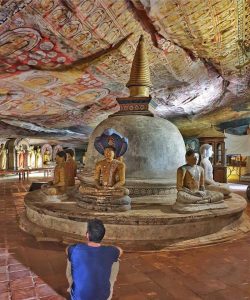 Sigiriya, an old royal residence, was once selected as the eighth wonder of the world. Today, Sigiriya and Dambulla are a UNESCO perceived legacy site and a noteworthy vacation spot. Dambulla city is 148 km north-east of Colombo in the central province of Sri Lanka. It is home to an old give in Temple otherwise called the Golden Rock Temple, which is a mainstream vacation spot. Around 25kms from Dambulla is Sigiriya, which is the place you will discover the “Lion’s Rock”. This is a 220-meter high shake, at the highest point of which an antiquated King constructed his Palace. Notwithstanding being an all-around kept up model of old urban life, Sigiriya is likewise an experience of shake moving for some.

A little bit of Sigiriya
Sigiriya or Sinhagiri (Lion Rock, pronounced see-gi-RI-yə) is an ancient rock fortress located in the northern Matale District near the town of Dambulla in the Central Province, Sri Lanka. The name refers to a site of historical and archaeological significance that is dominated by a massive column of rock nearly 200 meters (660 ft) high.
According to the ancient Sri Lankan chronicle the Culavamsa, this site was selected by King Kasyapa (477 – 495 CE) for his new capital. He built his palace on the top of this rock and decorated its sides with colorful frescoes. On a small plateau about halfway up the side of this rock, he built a gateway in the form of an enormous lion. The name of this place is derived from this structure — Sīnhāgiri, the Lion Rock (an etymology similar to Siṃhapura, the Sanskrit name of Singapore, the Lion City).
The capital and the royal palace were abandoned after the king’s death. It was used as a Buddhist monastery until the 14th century. Sigiriya today is a UNESCO listed World Heritage Site. It is one of the best-preserved examples of ancient urban planning.

A little bit of Dambulla
Dambulla is a town, situated in the Matale, Central Province of Sri Lanka, situated 148 km north-east of Colombo and 72 km north of Kandy. Due to its location at a major junction, it is the center of vegetable distribution in the country.

Not to miss Destinations:-

Appreciate the amazing perspectives while at the Lions Rock.

A town visit to be a piece of the valid Sri Lankan life.

The interesting bit of Mythology and History.

Expel all head-wear and footwear when going to religious locales.

Photo yourself in a position where the whole ‘Lions Rock appears behind you.

Bear in mind to convey your own particular water bottle.

Try not to shake climb on the off chance that you are a heart quiet.

Try not to click photos in places where it is restricted.